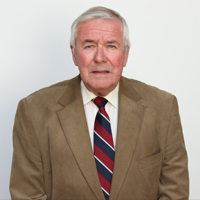 Being born in 1939 and a delayed National Service man due to an Engineering Apprenticeship, I joined the RAF in March 1960, which was after the big drafts of 1958/59. I chose to train in Air Traffic Control, so was posted to RAF Shawbury for 14 weeks. As soon as I started the course, I knew this was for me. I passed out at my first attempt and was among three to be posted to RAF Ballykelly in Northern Ireland. At that time, it was a Coastal Command Airfield and very busy, operating 24 hours a day.

I applied for a job in BAC Filton in 1962 and within a year took over the Flight Operations of Filton which was marvellous. I was asked to go to RAF Fairford in September ’68 to set up an Operations Office for a projected Concorde 1st flight in the spring on 1969. 1st flight of 002 was 9th April 1969.

Every problem, every success came from the A/C to the Ops room so the Ops Officer had to be on the ball and conversant with the workings of the aircraft. As a result, I went on many engineering courses. The flight test programme expanded and with the arrival of Concorde G-AXDN things got very interesting and busy! We moved part of the flight testing to Tangier and sometimes to Casablanca with myself based in the local control tower, which was quite an experience. We had to work together to find solutions to all kinds of situations, which could be a challenge when the languages spoken were a mixture of English, French and Arabic. If we ever had a problem with the aircraft that the ground crew couldn’t fix, providing the engines were burning and turning, we would take the aircraft back to Fairford so we all got home to the family for a few days.

BAC closed operations at Fairford at Christmas 1976 and I was told to report to Filton. I took over as Senior Ops Officer at Filton until my retirement in 1993, but that is all another story.